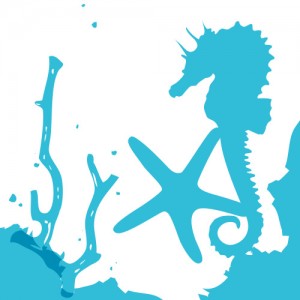 The eastern Adriatic coast of Santa Maria di Leuca is characterized by high and rugged cliffs, whereas the western Ionian coastline is made of lower and smoother cliffs. Although different, both sides are similarly rich in caves of a natural (over thirty) and artificial nature.
The Ionian caves The most famous cave is named “della Porcinara” and in ancient times served as a temple and later became a sanctuary, first Messapian, then Greek and finally Latin. The cave is situated 20 metres above sea-level and can be reached both by land and from the sea via steps carved into the stone. It is one of the biggest and is made up of three rooms. As well as the Porcinara cave, there are many others of equal beauty, such as “la Grotta del Drago” (the dragon’s cave). Some say that this cave is thus named due to the fact that the cave looks like a dragon when entering by boat from the left. Another important cave is the “Grotta dei Giganti” (giant’s cave). It is one of the many karst caves in which interesting remains such has human bones, glass vases and bronze coins have been found. This cave has this name due to the legend according to which the Giants killed by Herakles are buried here. The “Grotta delle Tre Porte” (cave with three doors) is also captivating with its three entrances from the sea. The Grotta del Bambino (child’s cave) is of exceptional natural value and here the remains of an elephant and a rhinoceros have been found, as well as a human tooth from the Neanderthal period that may have belonged to a child to which the cave owes its name. The entrance to this cave is via the “grotta delle Tre Porte”. The “Grotta della Stalla” (stable cave) is one of the most beautiful caves along the coast and its name could derive from the fact that it was used as shelter by fishermen in trouble. The Grotta del Diavolo (devil’s cave) is about one hundred metres away from the Grotta di Porcinara and again one can enter it via land and sea. Its name derives from the fact that according to legend strange and sinister noises could be heard coming from deep inside the cave that were attributed to devils by the local population. And finally there is the “Grotta del Presepe” (manger scene cave), whose name is due to its resemblance to the nativity scene. Its low arches mean that it can only be entered when the sea is calm.
The Adriatic caves The “Grotta del Morigio” is situated where the Monumental Waterfall to the Acqueduct falls into the sea. The term “Morigio” derives from the fact that Moors (Mori) hid here before attacking and destroying Leuca. It is also known as “Grotta degli Innamorati”(lover’s cave), and is only accessible via sea and one has to swim to enter it. The “Grotte Cazzafri” caves have a name of Greek origin meaning house of foam. There are three caves in which, especially at sunset, there are remarkable plays of light. The “Grotta del “Ciolo” is characterized by a small freshwater lake and its name stems from the dialect terms “giolo” or “giole” that means a type of bird that nests there. 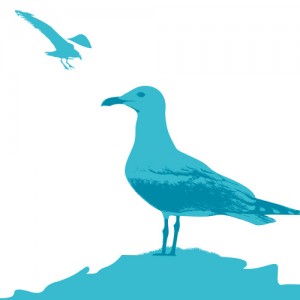 The area around Gallipoli is known for its churches found in caves and these ancient monastic settlements dot the nearby countryside. The coastlines to the south and to the north of the city have white sand and crystal-clear seas. The sea at Gallipoli can simply be described as splendid. Moving towards the south, between sections of pine forest and Mediterranean vegetation leading to the sandy beaches that are broken up by sections of rocky cliffs there are huge bays with shallow emerald green waters. In this tropical-like sea, the film director Ozpetek shot some of the scenes of the film “Mine Vaganti”. Both the film and a swim are not to be missed. Towards the north, the beaches are as long as the eye can see and the clear waters lead to enchanting panoramas and habitats to be discovered by swimming, on horseback, on bike, on foot or in the car – any means will do! 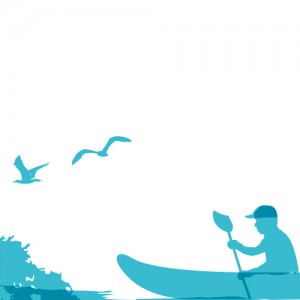 The countryside around Otranto is a must for those who visit the city. Towards the north a stop has to be made at the famous Baia dei Turchi where it is believed that the Turks landed during the incursion of 1480. This natural reserve with crystal clear waters, is wild and uncontaminated. From this bay you get to the Alimini Lakes that are a special protected area to be discovered in canoe. To the south of Otranto there is the “Baia delle Orte” where sand is replaced by rocky cliffs. The former Bauxite quarry is completely unique with its red hills, green lake and marshy vegetation making it look like craters on another planet. A few kilometres away, at Giuggianello, the splendid botanic garden La Cutura will not fail to enchant you: a paradise lovingly created by man. 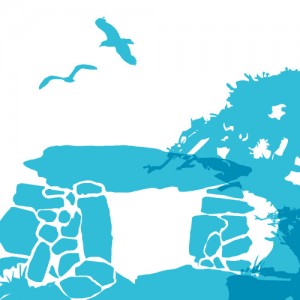 Between Giurdignano, Giuggianello and Minervino di Lecce there is a concentration of megalithic remains: the dolmens and menhirs are famous. Known as “pietrefitte”, these artefacts can also be widely found in the Grecìa Salentina area. In particular, at Giuggianello, immersed in the olive trees of the Bosco delle Fate (Fairy’s forest) there is the dolmen “lu Massu de la Vecchia”: various experts on energetic fields say that there is an extremely high concentration of positive energy in this spot. On the road to “lu Massu” you will come across the Church dedicated to San Giovanni, linked to legends of witches and spells. A magic place, as is – albeit in a different way – the prehistoric settlement of Macurano (near to Alessano and Montesardo), with dry-stone walls that are typical of the area. It’s beauty lends itself to literary and musical events. Truly bewitching.

Situated near to Lecce, the park has a remarkable number of ecosystems. From woodland to sand, to pasture land, to wetlands and marshy ponds to the defensive towers (Torre Rinalda and Torre Chianca) and fortified farmhouses (Masseria Barone Vecchio, Masseria Rauccio) there are four themed itineraries: Botanic, Fauna, Hydrologic and Socio-historic. Why choose one only?

This is a splendid park situated between San Cataldo and Otranto, and is the last of the large wetland areas that used to line the coast between Otranto and Brindisi. It is a stopping place for numerous types of migrating birds, and the area is lined with paths and observation huts and there is also an old fortified farmhouse with towers. A short way from the park, there is the small village of Acaya and its 16th century castle with its mighty defensive towers is bound to impress.

The landscape is breathtaking: canals and caves produce spectacular plays of light and present rare flora and fauna. The must-sees are: the 12th century “Quercus valonea” oak tree; the Zinzulusa cave; the paleolithic incisions in the Romanelli cave; the neolithic paintings in the Grotta dei Cervi cave; the remains of the saint San Nicola di Casole; the amazing “dell’Orte” quarry; the big Palacia and Leuca light-houses.

This park is characterized by its wetlands that have been reclaimed; here endemic species of fauna as well as the presence of migratory and resident birds make this habitat of particular interest. The “Serre di Ugento” hills also capture the eye: these hills are of karst origin and are lined by so-called “gravinelle” (karst fissures). An area of nature, landscapes and history of 1600 hectares waiting to be discovered.

ISOLA S. ANDREA AND THE COAST AT PUNTA PIZZO

In the middle of Mediterranean salt steppes and rocky coasts, there is the island of Sant’Andrea (near to Gallipoli), where it is possible to see a colony of Corsican seagulls and other rare species of flora and fauna. Also near to Gallipoli, there is the coastline of Punta Pizzo with is made up of an interesting mosaic of important natural and historic features. All with the beautiful backdrop of the crystal-clear sea.

Imagine never-ending beaches, with tropical-looking seas: this is Punto Prosciutto. At this point the Porto Cesareo reserve begins that together with the Protected Sea Area (Area Marina Protetta) and islands, Mediterranean vegetation and karst lakes reaches the park of Portoselvaggio: 300 hectares of Mediterranean pine forest make this one of Salento’s biggest green areas in which the “Torre dell’Alto” and “Torre di Uluzzo” towers majestically dominate this spectacular panorama.